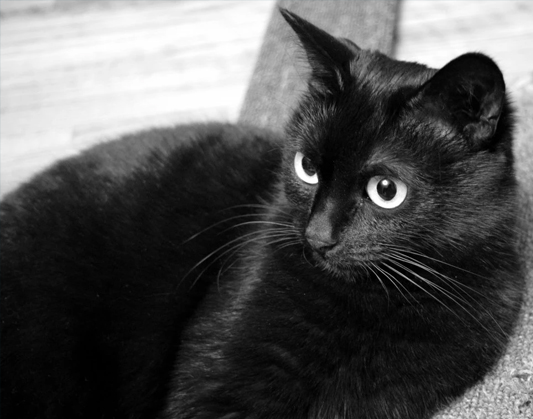 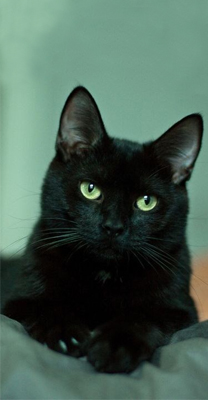 As we continue travelling across the world, we come across various initiatives taken to spread positivity. While one was Compliment Your Mirror Day, this time it was Black Cat Appreciation Day being celebrated by some on 17 August.

Black cats, in many cultures, especially in the western culture and Indian subcontinent, are associated with bad luck, are ignored or at times, put to sleep. A black in rescue shelter is generally the last one to be adopted. Some have called them ‘satanic’, some believe them to be the symbol of witches or demons. Halloween processions include a day dedicated to black cats, which often leads to deaths of many of them due to over-crowing at shelters. And yet some cultures consider them to bring good luck, a good omen. Some television channels have, in fact, used black cat as their mascot.

And then there was Wayne H Morris who started Black Cat Appreciation Day in memory of his late sister who had a beautiful black cat to celebrate black cats too. Today, the day has also become a day to spread awareness against various superstitions we have homed in us for generations. Starting with just one family, there are other small groups who actively participate in the celebrations and help spread awareness, hoping to bring an end to such superstitions.

Superstitions find their origin is irrational fears,  ignorance and/or misunderstanding. While no religion or culture is the source of such monstrous behaviour, many believe it to be religious or tradition. It also is a way of convenience for human beings. While Rakhshabandhan means both brother and sisters being happy, Naagpanchmi translates into torturing snakes into drinking milk. While “beating or killing of foxes brought good harvest in Karnataka (I wonder if it still does), hanging a rapist have many standing against the court’s sentence! While lynching of animals on pretext of pleasing Gods is OK, many do stand against humans getting lynched. Chalo, at least we stand for humans!

While what China does to its animals gives me goose bumps, why do we go that far. Let’s stay in India and see what happens. Till a few years back, several Indians sent their cattle to Gadhimai in Bariyarpur, Nepal, tens of thousands of cattle, to be slaughtered in two days! To stop it were needed several activists, compassionate Parliamentarian and Supreme Courts. Pigeons, buffaloes are sacrificed at Kamakhya temple; distressed goats are killed in Devi temple, UP and Kolkata; male buffaloes are beheaded by the Gorkhas; owls are near extinct; a red-tailed snake in Madagascar is killed on sight as it is the color of dry blood; lemurs too are killed in Masagascar since they are believed to bring bad luck; rhino horn is believed to be beneficial for human health and thus rhinos too are close to extinction; pangolin, still away from extinction, is the most trafficked animal for its blood and other parts are said to have some dubious medicinal properties. Other animals that bear our superstitions are black beetles, rabbits, coyotes, bats, butterflies, crows, etc. All these animals have superstitions, good or bad, around them, varying country to country, culture to culture. Some cultures believe amulets made of certain animal parts are good for wealth, fighting evil, sexual abilities. Dancing bears and monkeys are fun, claws of tigers, lions are pride.

Good or bad, our beliefs have led to their diminishing population, with some species of owls almost extinct. Human beliefs have disturbed their life cycles. Does killing some, forcing others as pets, force feeding them, or changing their habitats to bring us good omen or avoid bad omen make sense? Do the dead animal bring good luck or do their corpses help us fight evil? Or it is their bad luck?

Since Black Cat Appreciation Day still is not highly popular and an extreme awareness is needed against all such superstitions, small events like group donations at the shelters, drive for adoption, spreading a word through schools and colleges, social media campaigns are organised to create awareness. Stopping such incidents is also quite a need to the hour since all that we otherwise are helping is our forests to catch fire. Yet, we do understand the need to a planet, preferably Earth, to live on.

Do you think such celebrations will help? Do you participate in any such event? Do you know any strange superstition that we should stand against? Allow us to talk about it, do share at info@maneeshmedia.com.