India in Brief: From Invasions to Global Power - Subscribe to Newsletter

India in Brief: From Invasions to Global Power 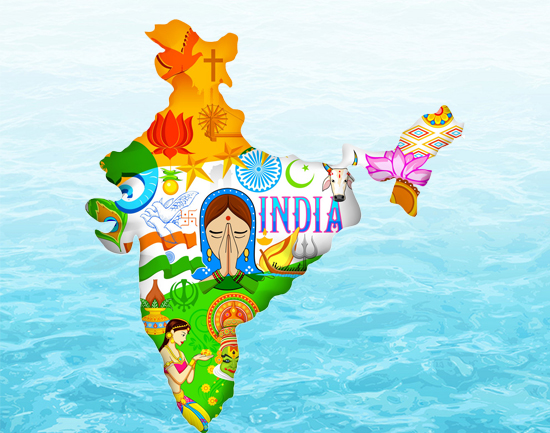 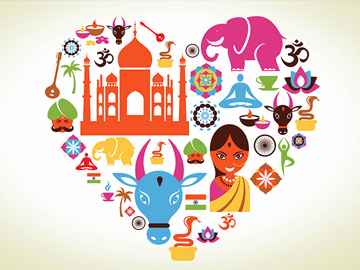 India in Brief: From Invasions to Global Power

The CEO of B.N. Patel & Associates, one of the largest financers in Houston, this man grew up in the times of independence, listening to the stories of some of the fighters. Although he had later moved to Kenya, he could never get those stories of inspiration, Mahatma Gandhi, Pt. Nehru, Sardar Patel. The inspiration then works for him and his team till date. For him the secret recipe of success is no secret anymore; it has just a handful of ingredients needed that we need to ingrain in our lifestyles for success in professional or personal lives. The ingredients are a part of our daily lives, and our requirement too; it is just the ignorance or the lack of awareness that keeps us away, says he. (Psst psst: Education, Passion, Direction, Values and Continuity.)

The vastness and practicality

One of the most unique and the oldest heritages and cultures is India’s; the history traces it back to more than 5,000 years. The notable geography gifts the vast country unique climatic and geographical conditions. Home to some of the oldest civilisations, it also has given birth to a variety of ancient religions and philosophies, Hinduism, Jainism, Buddhism and Sikhism. It is the one that has provided the world with precious contribution in Medicine, Astronomy, Yoga, Aeronautics and Mathematics. This was possible because of the very fundamental contribution of saints and sages. From North to South and West to East we see very different cuisines, festivals, rituals, prayers and a variety of music, marking the exclusivity.

Sanskrit gave the world 0 and that is an immense contribution which cannot be measured. A large number of temples and monasteries are the fundamentals of Indian culture. Indian art, textile, spices, etc. are loved in many countries. The epics like Mahabharata and Ramayana has helped millions all over the world to adopt a lifestyle of morality, humanity and good health. Those who understand Hinduism, Jainism, Buddhism, Sikhism know the calm and serene these offer. Buddhism is today widely, or at times solely, practiced in Thailand, Cambodia, Sri Lanka and Burma.

Trade had been a key ingredient in cultural relations with Southeast Asia and West Asia, Italy and China. The culture also penetrated Arabian countries through Persia.

Vasudhaiva Kutumbakam, India’s embodiment, meaning the world in one family, has helped culminate a tolerance and harmony, unity in diversity, spirituality and sense of duty. Indians still prefer to stay with parents; yes, parents too prefer to stay with their children. Never does one want to detach. The four tenets of Indian heritage, dharma (religion), arth(money), kama (lust) and moksha (salvation), existing since ancient times, have been noted to be the base of a happy life. It gives space to follow the choicest of religions, physical comfort and move towards salvation.

Unfortunately, India had suffered from incursions from the northwest whereby looters and invaders made their home in India, leaving serious impact on heritage and culture here. Something new was learnt, something was unlearnt, some good some bad. Today we see behavioural habits and value system being passed on generation to generation. The ancient teachings from Taitriya Upanishad matrudevo bhava, acharyadevo bhava, pitrudevo bhava, atithidevo bhavaimbibes respect for parents and many other similar virtues. The younger generations have these are ingrained in their hearts and souls. The behavioural pattern, therefore, is more in tune in India whereas for those Indians who have migrated to other parts of the world particularly in Europe, America, Africa, Canada, etc., the influence of the Indian culture and heritage has somewhat diminished and is further on the decline. As an example, the recent generations are losing the written and spoken skills of their language from motherland. And this brings me to note the immensely large number of Indians settled abroad, some hugely successful, some not as much.

With the Moghul and British occupation of India for centuries, we suddenly had a tremendous transformation in our practices of culture. Foreign influence culminated the culture, the effect of which can been seen in the country’s lifestyle today, particularly in the urban areas. While there has been an increase in the level of education, knowledge and awareness, bringing people closer, there has been a lot of negativity as well; almost everyone carries an ill-health.

Culture and heritage is dynamic and does not remain stagnant. New ideas and development of technology with the passage of time has modified somewhat primitive living into the present era lifestyle. The cumulative characteristics of cultures give us a range of permissible behaviour patterns. As an example, the marriage system now is much more based on western values except for wedding ceremonies and dress patterns.

The value system currently has gone international. Don’t we all now celebrate International Yoga Day! Other notable examples are naturopathy and Ayurveda, which keeps on expanding. There are now international universities which have faculties for these subjects, while Indian course of studies have taken international flavours.

In 2015, 16 million Indians were living outside of the country, a growth from 6.7 million in 1990, a UN survey states. Of this the majority are settled in the USA, the UK, Europe, Africa, Middle East, Australia and New Zealand. India diaspora is the world’s largest. The communications and ease of travel has tremendous impact on the cultural and heritage of India. The new generation is reaping benefits of both the ancient and new heritage – national and international. Indians are taking huge advantage of foreign universities for professional degrees and many international universities now have their footprints in India.

India is also able to avail itself of foreign technologies and is developing a worthy industrial infrastructure labelling “Make in India” which blends very well with the value system.

Yes, the country has gone through a lot in every aspect: there have been invasions, by other countries, by technologies, some famines and droughts, by corruption, by revolutions, and what not! Every country does. Nevertheless, the core values of the culture and heritage will still dominate the Indian psychic which I would consider as blessing.

To conclude, India with 35% youth population under the age of 40 is on a solid path for progress. The blend of the ancient and modern era values is proving best of both worlds. This culmination is supported in the current value system. Notable changes in lifestyle are bringing more modern era literacy with some erosion of the ancient values.

We just need to choose the best and do our best, irrespective of whom we choose to lead!